By now, if you've been following the blog, I think you've got a feeling for how my teaching weeks go, so I won't recap my last course in full. But I will mention some interesting tidbits.

Dennis and I drove to Butare on a Sunday evening, the night before I started a new class. Just before arriving, I was texting (don't worry - Dennis was at the wheel) with my class representative to prepare for class the following morning when she told me that the students had a different class with another teacher the following morning. Huh? But my class was scheduled to start that Monday. After contacting the other professor, I learned that he had not taught his course the previous two weeks because of the holidays (during Christmas and New Year's). Our course calendar did not indicate any days off for the holidays, which didn't make sense because Dec. 25 and 26 and Jan. 1 and 2 were national holidays, but apparently the students took both full weeks off. So, the professor decided to hold his class this week, not paying attention to the fact that the students were scheduled to start a new class at that time. After some discussion, we decided that the other professor would teach in the mornings and I would teach in the afternoons. I suppose it was a good lesson in letting go of my rigid schedule.

This last course I taught was called "Introduction to News Writing and Reporting", and it was with the first-year students (who I had in my previous course). They're a highly engaged group. They would ask questions all day long if I didn't stop them as we needed to get through the material. They often take photos of my slides, and sometimes they even surround the screen in an effort to copy down the notes. 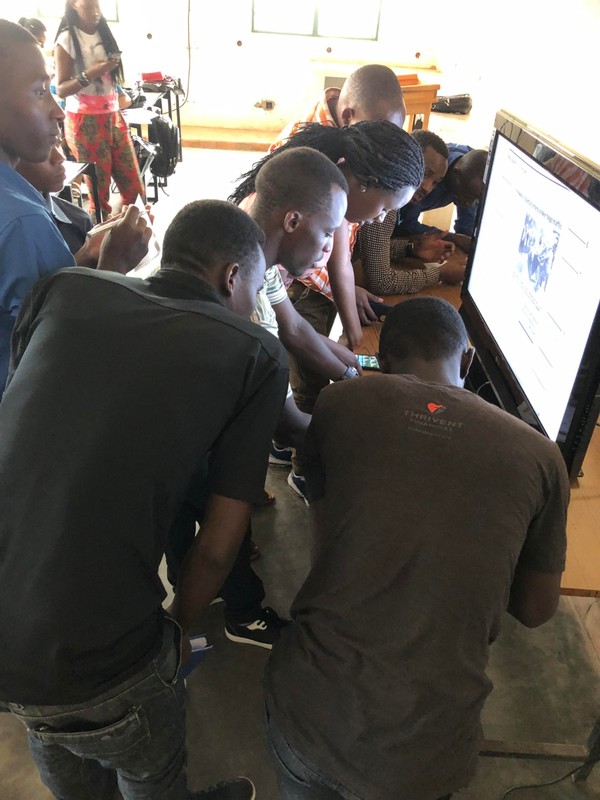 For the first time, the woman at the university in charge of translating text into braille for the visually impaired students was able to do so in time for the students to complete a homework assignment and bring their work (in braille) to class. The assignment was to pitch a news story idea. The visually impaired students, one by one, presented their pitches to the class by reading the braille printed on several hard plastic sheets. Pretty cool. They also got to pitch their stories to three Swedish journalists volunteering at our school for a few weeks, who saved me from having to evaluate news stories from all 70 students by myself. Even cooler. 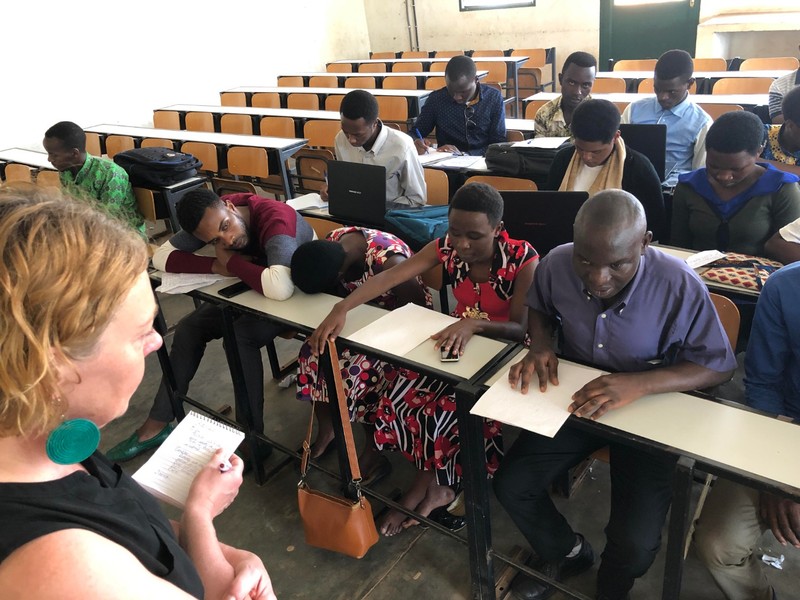 I wanted to bring the day's newspapers to class so that the students could read them during class, and we could have a nice discussion about news values (what makes a story newsworthy). So I asked the class representative to get the newspapers and bring them to class. When I arrived, she handed me a small stack of newspapers. There were a handful of copies of the student-run newspaper, plus two copies of The New Times - the largest newspaper in Rwanda. All of the copies were from October. Oops. I had intended for her to get that day's papers, but I guess that wasn't clear. Through the course of the week, I learned that it's impossible to buy a newspaper in Rwanda's second largest city. Let that sink in for a minute. That's like not being able to buy a newspaper in Los Angeles. With no access to newspapers, and minimal access to the internet, it was a reminder of how much these students rely on radio to get their news. 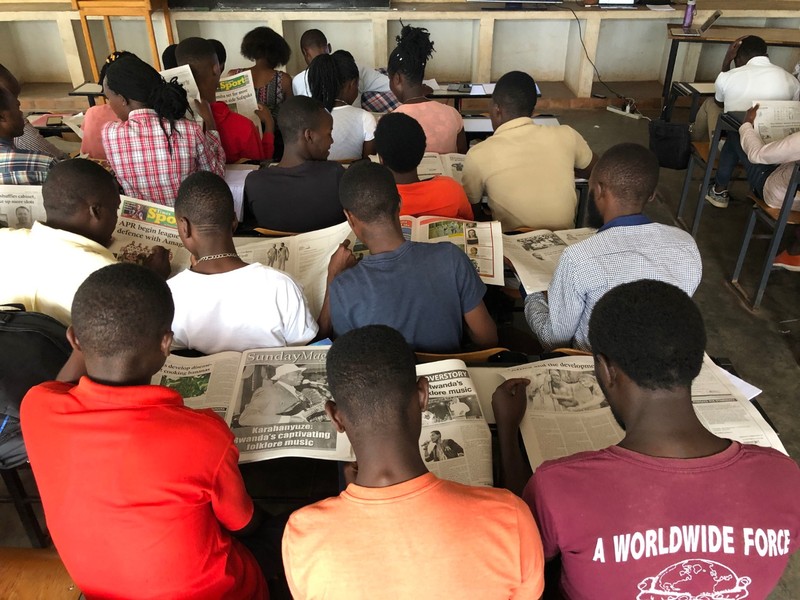 One thing I love about my students is how appreciative they are of feedback. When I evaluate an assignment and send them feedback via email, they often write back and thank me for my comments. It's also common for them to tell me that they promise to improve on the next assignment.

At the end of my previous course - the research methods one - I gave the students a survey to evaluate my teaching. This is required at VCU, and its included in my annual report, so I tried to replicate the survey here. Based on the results, I don't think the students fully understood the concept of constructive criticism, but their responses sure did make me smile as you can see from a sampling below. 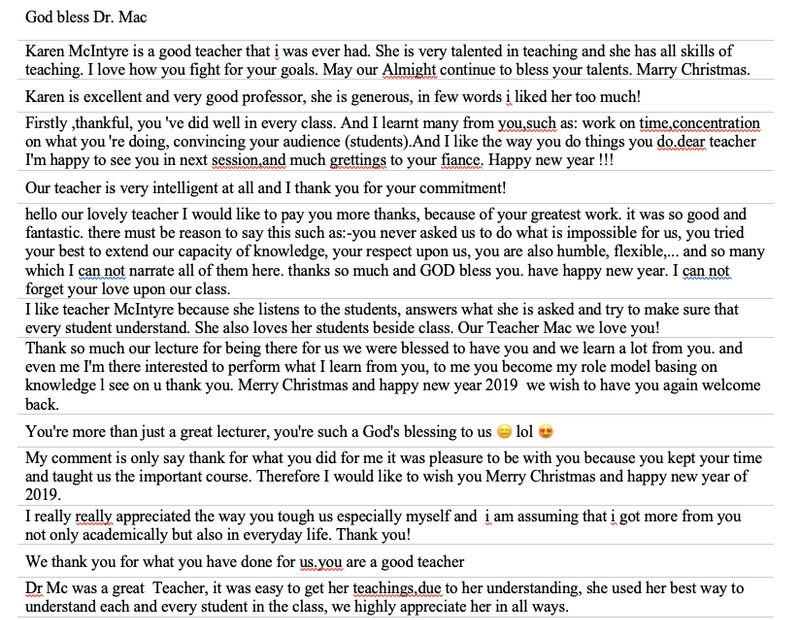 Posted by karenanddennis 12:02 Archived in Rwanda