When I started thinking about getting a haircut maybe a month ago, I decided that I didn't want to go to a mzungu salon (a place that caters to Europeans). Generally I like to immerse if possible. What's the worst that could happen? If my hair got all botched up, I could just have it trimmed real short. Jean Petite (Little John) at the salon down the street has done good work on my beard, so I figured I'd give it a go. Also, I like to support the local Gikondo (our neighborhood) businesses. As usual, when I walked down the street toward the salon, I got many stares (and greetings) from the neighbors. They don't see many mzungus along the street here, nor do they in the hair salon. So, we will see how this goes--always an adventure!

Now, this is the salon that Jean Pierre (JP) runs -- he is the one who took us to church (as referenced in the "Cleaning, conversation, and church" blog post). JP greets me as we walk in and says "Dennis! Good to see you. Why didn't you write me back?" My rate of reply via text, Whatsapp, etc are, sadly, low. Despite his frustration with my lack of responsiveness, he sets me up with the chair of Little John. 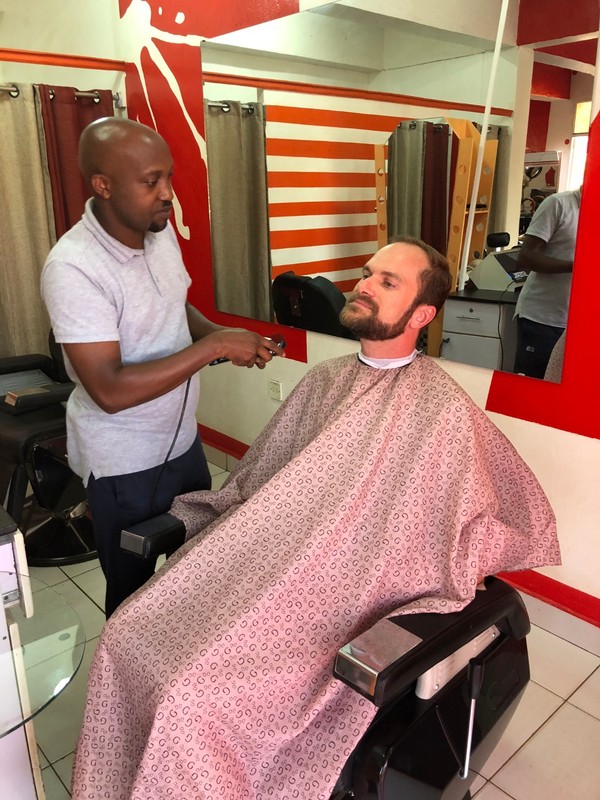 Over the next hour while I lost a pound of hair, Little John told me some of his story. His father and family members were killed in the genocide in Burundi, Rwanda's neighbor to the south, in 1993. After the genocide, he worked in Burundi as a mental health counselor but further conflict led him to flee to Rwanda. He has since worked as a barber in Kigali.

He asked JP for some scissors. After a few minutes, JP came back with some office-type scissors, the only kind available in the salon. The blades seemed a bit dull on my hair, but the end result? I was looking pretty sharp.

After the work of Little John, I got my hair shampooed. No, it was shampooed twice. And each time involved lots of rubbing. And then there was some oil put on my scalp. And then some other cleaner on my face. Then an oil on my face. Then some aftershave. Then my beard was combed several times. I think it went on for a total of 20 minutes. It was great.

Now it comes time for the bill. I walked up to JP at the cash register and was thinking it would be at least $4. Nope, for that hour and a half of luxury treatment, it was $2.50. 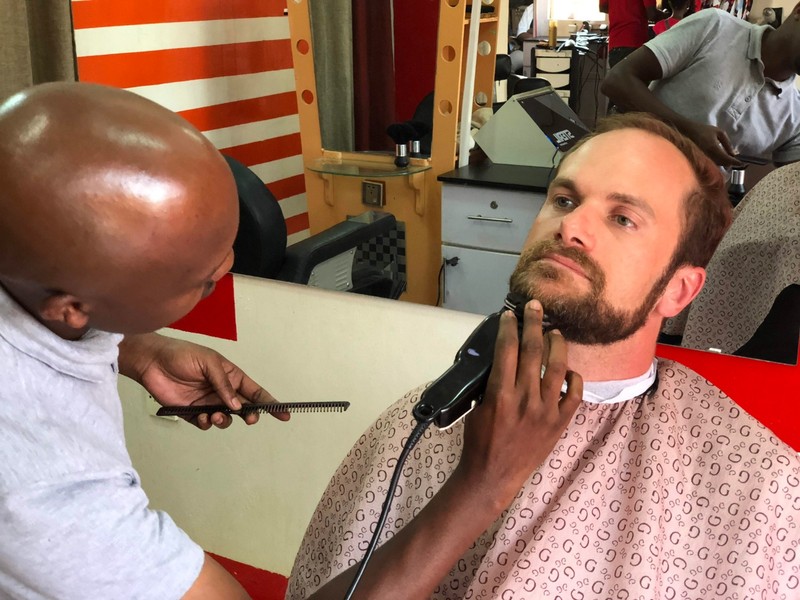 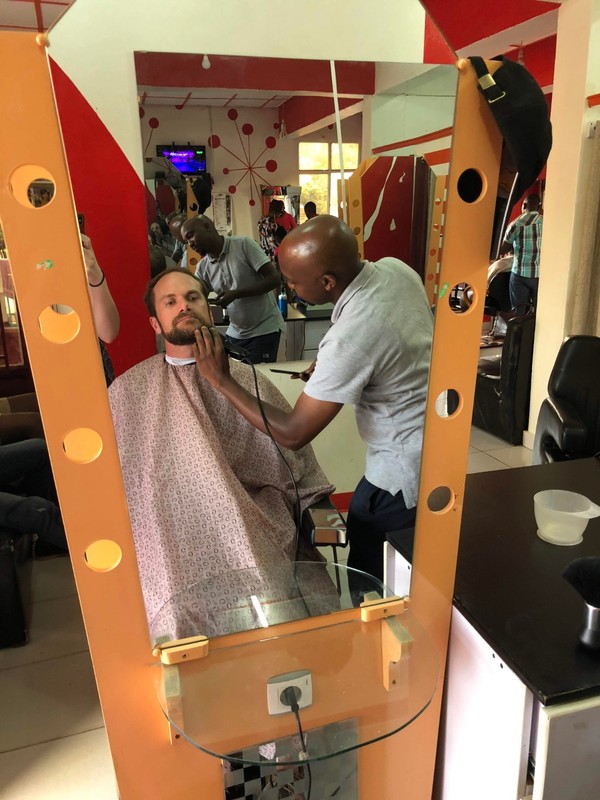 Posted by karenanddennis 12:29 Archived in Rwanda

What an adventure! You look great. What nice treatment. Disaster avoided. Whew.

Nice you get to know the people in the neighborhood - and get a good haircut.